Who Stole 143 Tons of Gold From the Libyan People?

I admit that I don’t follow American politics as much as I should, at least not on a day-by-day basis.  It’s just too depressing.  Sometimes it reminds me of that famous Russian saying about  пауки в банке – “spiders in a jar”.  Meaning,  that if you force a bunch of spidies to live together in a jar, then they will cuddle and learn to peacefully coexist ….. NOT.  In this metaphor, it is understood that the spiders are the politicians, and the jar is the American political scene.  With various spiders running for President and trying to bite each other in the process.

And one of these spiders, maybe the biggest one, is named Hillary Clinton.  And apparently, this has been going on for some time, there was a big scandal whereby Clinton, when she was Obama’s Secretary of State, used her personal email account to conduct governmental affairs.  Therefore, there were lawsuits, or whatever, to force her to disclose these emails, because there are laws that official correspondence has to be properly stored in official archives.

Consequently, at the beginning of last month,  around 5,000 pages of the something-like 55,000 pages of Clinton’s “official/personal” correspondence have been published.  Clinton has withheld the lion’s share of the correspondence, but even the paltry stream that has seen the light of day, opens a sticky, filthy edge of the curtain on all the dirty, sticky, secret stuff that has been going on behind the scenes among the Rulers and Exceptional People such as Bubba’s Wife and the other reknowned American political leaders.

This piece from VZGLIAD  is entitled:

Those of us who have memories slightly longer than that of a spider, remember how Libyan Leader Muammar Gaddafi was violently overthrown and murdered by rampaging jihadists, in 2011.  Along with Gaddafi, his entire family was either destroyed, assassinated, arrested, or sent into exile.

Gaddafi had led Libya for many years and even decades, patching together a successful and wealthy multi-ethnic, multi-tribal, but basically Arab state driven by quasi-socialist principles.  Based on the notions of an extensive social-welfare network and sharing the wealth. 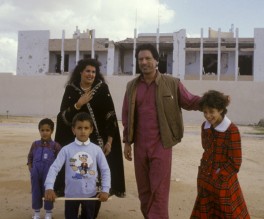 Gaddafi was a decent man who doted on his family.

As he aged, Gaddafi lost his movie-star good looks – in his murder-video, it was revealed that he had lost his mop of curly hair and wore a wig – an old man’s vanity.  Also, as he aged, Gaddafi had cultivated an aura of eccentricity, which caused some Western pundits to peg him as crazy/unhinged; but underneath it all, Gaddafi still possessed that same keen intelligence which took an ex-colonial backwater like Libya, and turned it into an Arab-speaking nation of wealth and repute.  Libya enjoyed an excellent system of health and education.  Gaddafi’s government sponsored vast engineering projects which brought irrigation and made the desert bloom.  Libya was a powerful and wealthy country; and oil revenues were shared by the people.

Towards the end of Gaddafi’s life, before Clinton Happened, Libya had managed to accumulate 140 tons of sovereign gold.  The Libyan government planned to use that gold, not just to raise the living standard of Libyans themselves, but also as a development fund, to drive the economic development of sub-Saharan Africa as well.  Many important development projects were lined up and just waiting to kick-off.

The Empire Strikes Back

Well, according to the rules of the Colonial Empire, sub-Saharan Africans are not allowed to be successful.  Nor Arabs – unless they are Saudis or vassals of the Saudis. Therefore, Gaddafi had to go.

According to the VZGLIAD piece, Clinton’s correspondence reveals that the Americans were worried about Libya’s huge reserves of gold and oil.   Their chief worry was that Gaddafi — as he had sometimes promised to do — would use Libyan gold as the basis for a pan-African currency.  Which would have fit beautifully into the proposed pan-African development bank whose goal was to turn sub-Saharan Africa, especially the African “Francophone” nations, into “tiger-states” of economic boom.

These plans were seen to go against the interests of both the U.S. and also its vassal, France, which was eager to regain military/economic influence in its ex-colonies in Africa. 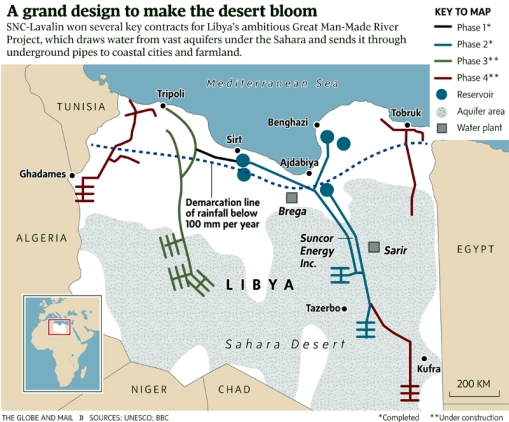 All of this is laid out here, this link opens to a PDF file which is an image of one of Clinton’s emails.  If you click on the link, a thingy will come up on the bottom of your screen asking if you want to open the PDF.  I think it’s safe to open it; it comes up in another window.

This particular email is very telling.  It is dated April 2, 2011, and is written by a guy named “Sid” to Hillary Clinton.  Just reading the email, it is clear that we are in the presence of true sociopaths:  Clinton, this guy Sid, Sarkozy, Bernard Henri-Levy, all spiders from the same jar.

For: Hillary From: Sid Re: France’s client & Qaddafi’s gold

1. A high ranking official on the National Libyan Council states that factions have developed within it. In part this reflects the cultivation by France in particular of clients among the rebels. General Abdelfateh Younis is the leading figure closest to the French, who are believed to have made payments of an unknown amount to him. Younis has told others on the NLC that the French have promised they will provide military trainers and arms. So far the men and materiel have not made an appearance. Instead, a few “risk assessment analysts” wielding clipboards have come and gone. Jabril, Jalil and others are impatient. It is understood that France has clear economic interests at stake. Sarkozy’s occasional emissary, the intellectual self-promoter Bernard Henri-Levy, is considered by those in the NLC who have dealt with him as a semi-useful, semi-joke figure.

2. Rumors swept the NLC upper.  echelon this week that Qaddafi may be dead or maybe not.

3. Qaddafi has nearly bottomless financial resources to continue indefinitely, according to the latest report we have received:
On April 2, 2011 sources with access to advisors to Salt al-Islam Qaddafi stated in strictest confidence that while the freezing of Libya’s foreign bank accounts presents Muammar Qaddafi with serious challenges, his ability to equip and maintain his armed forces and intelligence services remains intact. According to sensitive information available to this these individuals, Qaddafi’s government holds 143 tons of gold, and a similar amount in silver. During late March, 2011 these stocks were moved to SABHA (south west in the direction of the Libyan border with Niger and Chad); taken from the vaults of the Libyan Central Bank in Tripoli.
This gold was accumulated prior to the current rebellion and was intended to be used to establish a pan-African currency based on the Libyan golden Dinar. This plan was designed to provide the Francophone African Countries with an alternative to the French.franc (CFA).
(Source Comment: According to knowledgeable individuals this quantity of gold and silver is valued at more than $7 billion. French intelligence officers discovered this plan shortly after the current rebellion began, and this was one of the factors that influenced President Nicolas Sarkozy’s decision to commit France to the attack on Libya. According to these individuals Sarkozy’s plans are driven by the following issues:

a. A desire to gain a greater share of Libya oil production,
b. Increase French influence in North Africa,
UNCLASSIFIED U.S. Department of State Case No. F-2014-20439 Doc No. C05779612 Date: 12/31/2015
UNCLASSIFIED U.S. Department of State Case No. F-2014-20439 Doc No. C05779612 Date: 12/31/2015
c. Improve his intemai political situation in France,
d. Provide the French military with an opportunity to reassert its position in the world,
e. Address the concern of his advisors over Qaddafi’s long term plans to supplant France as the dominant power in Francophone Africa)
On the afternoon of April 1, an individual with access to the National Libyan Council (NLC) stated in private that senior officials of the NLC believe that the rebel military forces are beginning to show signs of improved discipline and fighting spirit under some of the new military commanders, including Colonel Khalifha Haftar, the former commander of the antiQaddafi forces in the Libyan National Army (LNA). According to these sources, units defecting from Qaddafi’s force are also taking a greater role in the fighting on behalf of the rebels:

And interestingly enough, this letter is among those which Clinton did NOT classify; apparently she didn’t see anything particularly damning in it.

After all, what would the Libyans have done with all that gold anyhow?  Just built schools, hospitals, irrigation projects, and funded African development?  All laughably unimportant, compared to such goals as:

Yes, But Where Is the Gold?

Bottom line:  Nobody knows where the missing gold is.

Where the f*** is the gold? Does Clinton know?

All we know for sure is that Gaddafi, the man whose leadership brought so much wealth to Libya, was brutally murdered by a mob of Western-paid, Western-armed jihadi rabble.

And that Hillary Clinton watched this video, was delighted by it, as one of the commenters to the VZGLIAD piece notes, “She acts like a child who was just given a piece of candy.”

Laughed out loud, and exclaimed:  “We came, we saw, HE DIED!”

And this is the woman who would become President of the United States of America.  Abe Lincoln is sobbing in his grave.

91 Responses to Who Stole 143 Tons of Gold From the Libyan People?