When None Dare Call It Treason – Part III

Treason doth never prosper, what’s the reason?
For if it prosper, none dare call it Treason.

[once again, the Official yalensis Disclaimer]:

The transcripts, as printed by KP, are in Russian.  I don’t have the English side of the conversation, only the Russian.  Therefore, as a disclaimer:  What I translate from Russian back into English may not match the original English words as actually spoken by President Bush Daddy.  In order to add verisimilutide and authenticity, I may from time to time add some Texas slang, in my guess as to what Bush actually said. 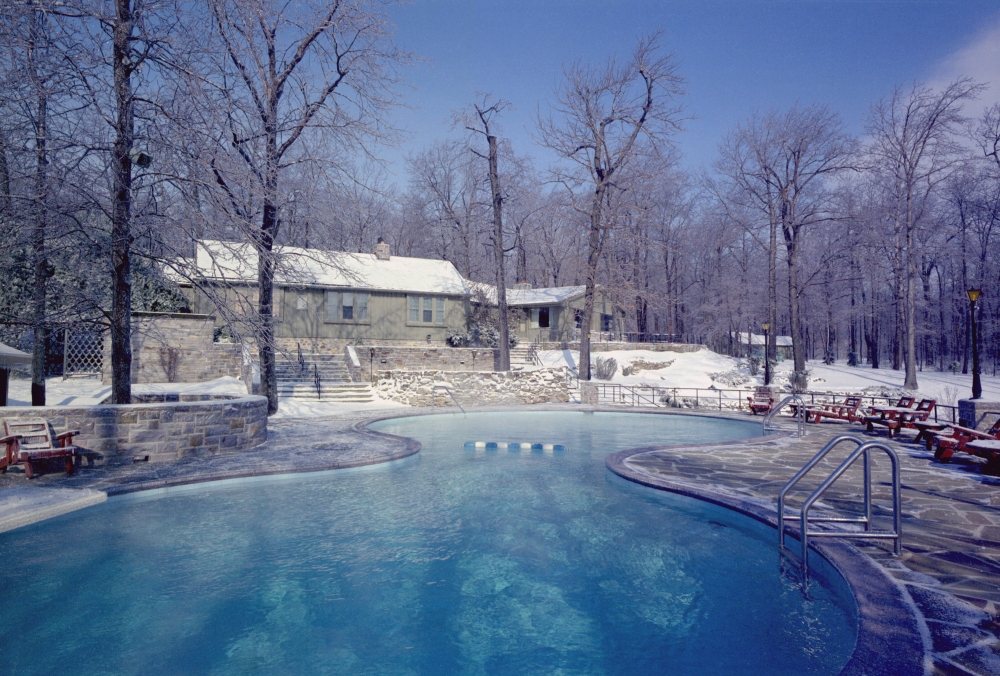 Presidential Dacha at Camp David, Maryland, in the winter

Gorbachev:  George, my good friend.  I am happy to hear your voice.

Bush:  I am happy to greet you on such a notable day, such an historical day.  Thank you for calling me.

Gorbachev:  Let me start with the good news.  I congratulate you, Barbara, and your entire family on this Christmas Day.  I have been thinking hard, when to make this announcement – either on Tuesday [yalensis:  Which would have been yesterday, Christmas Eve], or today.  In the end I decided to do it today, near the end of the day.  And therefore I wanted to start by congratulating you with the Christmas holiday, and to wish you all the best.

And now I have to say, that approximately two hours from now, I will appear on Moscow television with a short announcement regarding the decision I have taken.  I have sent you a letter, George.  I hope you will receive it soon.  In this letter I expressed the most important news.  And now I would like one more time to confirm, how highly I value that which we have been able to accomplish in our work together – both when you were Vice President, and later when you became President of the United States.  I hope that all the leaders of the Confederate States, including Russia, understand the value of the experience, accumulated jointly by the leadership of our two nations.  I hope that they will understand their responsibility to preserve and multiply this important resource.

In our [Soviet] Union, the debates about how to create a state, did not go in the direction which I would have considered to be the correct one.  But I want to believe, that I am employing all of my political influence and authority, to make the new Confederation effective.  It pleases me, that the leaders of the Confederation have already achieved, in Alma-Ata, some agreements concerning important nuclear and strategic issues.  I hope that in Minsk, decisions will be achieved regarding other issues as well, which will ensure the mechanism of collaboration between the [new] republics.

George, allow me to tell you what I consider to be of extreme importance.

Gorbachev:  Without a doubt, it is necessary to go the route of recognizing all these [new] countries.  But I would also wish you to take into account, how important it is for the future Confederation not to allow the exacerbation of the processes of disintegration and destruction.  Therefore, it is our mutual obligation – to assist the process of smoothing out the collaboration between the [new] republics.  I particularly want to underscore this point.

And now concerning Russia – this is the second most important theme of our conversations.  In front of me, on the table, lies the Decree of the President of the USSR, concerning my resignation.  I am hereby also relieving myself of the duties of the Commander-in-Chief and handing over my responsibilities for employing nuclear weapons, to the President of the Russian Federation.  In other words, I continue to manage these affairs right up until the completion of the constitutional process.  I can assure you, that everything is under strict control.  The moment I announce my resignation, these orders will become effective.  There will not be any kind of dispute about this.  You can spend your Christmas evening in complete peace of mind.  Returning to the theme of Russia, I want to assure you once again, that we must do everything possible to support it.  I personally will do everything in my power to support Russia.  But our partners must also try hard and play their role in supporting Russia.

President Bush was able to enjoy his Christmas in complete peace of mind.

As for me, I am not planning to hide out in the taiga, in the woods.  I plan to remain politically active, I will remain in political life.  My main goal is to help in the processes, which started with perestroika and the new thinking about foreign policy.  Reporters from our press have asked me many times about my personal relationship with you.  In this historical moment I want you to know how highly I value our collaboration, our partnership, our friendship.  Our roles may change, but I still wish to assure you, that which we have achieved, cannot be changed.  Raisa and I wish you and Barbara all the best.

Bush:  Mikhail, first of all I want to express my gratitude for your phone call.  I listened to your announcement with great interest.  We’re planning to continue, as before, taking part in these events, especially those concerning the Russian Republic, in which the huge problems it is experiencing might become evermore exacerbated this coming winter.  I am very happy to hear that you’re not fixin’ to hide out in the woods, but will rather continue an active political role.  I am absolutely sure that this will be useful to the new Confederation.

I am grateful for your explanations concerning nuclear weapons.  This is a vitally important issue of international concern, and I am grateful to all y’all, both to y’all and to the leaders of the republics for an outstanding organization and implementation of the process.  I understand this to mean, that the constitutional responsibility in the given arena passes to Boris Yeltsin.  I can assure you, that on this plane we will continue our close collaboration.

And now about personal matters, Mikhail.  I have received remarkable feedback as to the relationships which have congealed between myself and you; and between y’all and James Baker; and this has not gone unnoticed.  I very much value y’all’s words, inasmuch as they exactly represent my thoughts as well.  Your phone call reached me at Camp David, I am here together with Barbara, with three of our children and our grandchildren.  Another one of our children is in Florida, and the other is with his family in Virginia.

The pit where y’all used to pitch horseshoes with us, is still in good condition.  This by the way reminded me what I wrote to you in my letter:  I hope that our paths will once again intersect.  You are always a welcome guest to the USA.  Maybe someday we will even meet again here in Camp David, after you get your affairs in order.  Our friendship, as before, is strong and will remain so in the future.  On this, there cannot be any doubts whatsoever.

It goes without saying that I will build relationships with the leaders of Russia and the other republics; relationships with all due respect and openness.  We will move forward in the direction of recognizing and respecting the sovereignty of each republic.  We will cooperate with them on a broad range of issues.  But this in no way will affect my desire to support contacts with you and to listen to your advice, regardless of whatever will be your new role.  I truly want to preserve our friendship, which Barbara and I well and truly value.

And thus, during this holiday time, and at this historical moment, we would like to give an account of y’all’s services and thank you for everything that you have done for peace in the whole world.  Thank you very much.

Gorbachev:  Thank you, George.  I am happy to hear all of this today.  I say farewell and I shake your hand.  You have told me many important things, and I am grateful for that.

Bush:  All the best, Mikhail.

Like Loading...
This entry was posted in Breaking News, Russian History, Sex and Spy Scandals, The Great Game, True Crime. Bookmark the permalink.

3 Responses to When None Dare Call It Treason – Part III