Journalist-Killing “Peacekeeper” Site Back Up and Running – Part I

Today I have two related stories for you, both concerning the so-called “Peacekeeper” website (Russian word is “Mirotvorec”) maintained by the Ukrainian Ministry of the Interior.  This one and this one.

Buzina’s assassin waited for him outside his flat in Kiev.

This “Peacekeeper” site is basically a government-sponsored list of people who are targeted for assassination.  The site publishes information on individuals who are disliked by the Ukrainian government.  Enemies of the state, in other words.  It publishes names, addresses, phone numbers, email addresses, and other private data about these individuals.  As apologists of the site point out, much of this data is publicly available anyhow.  Still, if I were a paid assassin, how much more convenient to find it all laid out in one place!  Makes it vastly easier to track these people and eliminate them quickly, without having to do a lot of excessive online research. So, still continuing with the back-story:  A week or so ago, a scandal erupted when literally thousands of Western-approved journalists woke up one morning to learn that their names had magically appeared on a special version of the hit list. The names were obtained when so-called “pro-Ukrainian activists” hacked into a computer belonging to the Donetsk Peoples Republic.  See, journalists wishing to report on the Ukraine civil war out of Donetsk, had to register with the Separatist government there and present their credentials.  Which they did.  And the data was entered into a computer.  Then this (apparently insecure) database was hacked by the Ukrainian government.  Pay no attention to that headline about “activists” leaking this information.  Unless you consider  Anton Gerashchenko, a paid functionary of the Ukrainian government, to be some volunteer “activist”.  Gerashchenko maintains his death-inducing website on behalf of Ukrainian Internal Minister Arsen Avakov. Gerashchenko, who receives a Ukrainian government salary for whatever it is that he does, bragged about the publication of these names, calling the list of journalists “7901 scoundrels“.

This was a classic case of Ukrainian overreach.  In other words, just not knowing any boundaries.  Because on the whole, despite the presence in the list of genuinely pro-Russian journalists working for Russian government outlets such as RT (i.e., journalists who therefore are not members of the “civilized world” and who therefore fully deserve to be assassinated) — on the whole, as I said, these “7901 scoundrels” are journalists working for perfectly “respectable” Western propaganda outlets such as the BBC, CNN and Reuters; and also journalists who have been generally favorable to the Ukrainian government; who took the Ukrainian side against Russia in this particular cat-fight.  One example of many, being Simon Ostrovsky, who works for the anti-Russian propaganda organ Vice News.  Simon has always reported the Donbass  conflict with a pro-Ukrainian slant, therefore it is truly a mystery why the likes of him were thrown into the same pot as actual “pro-Russian” journalists. 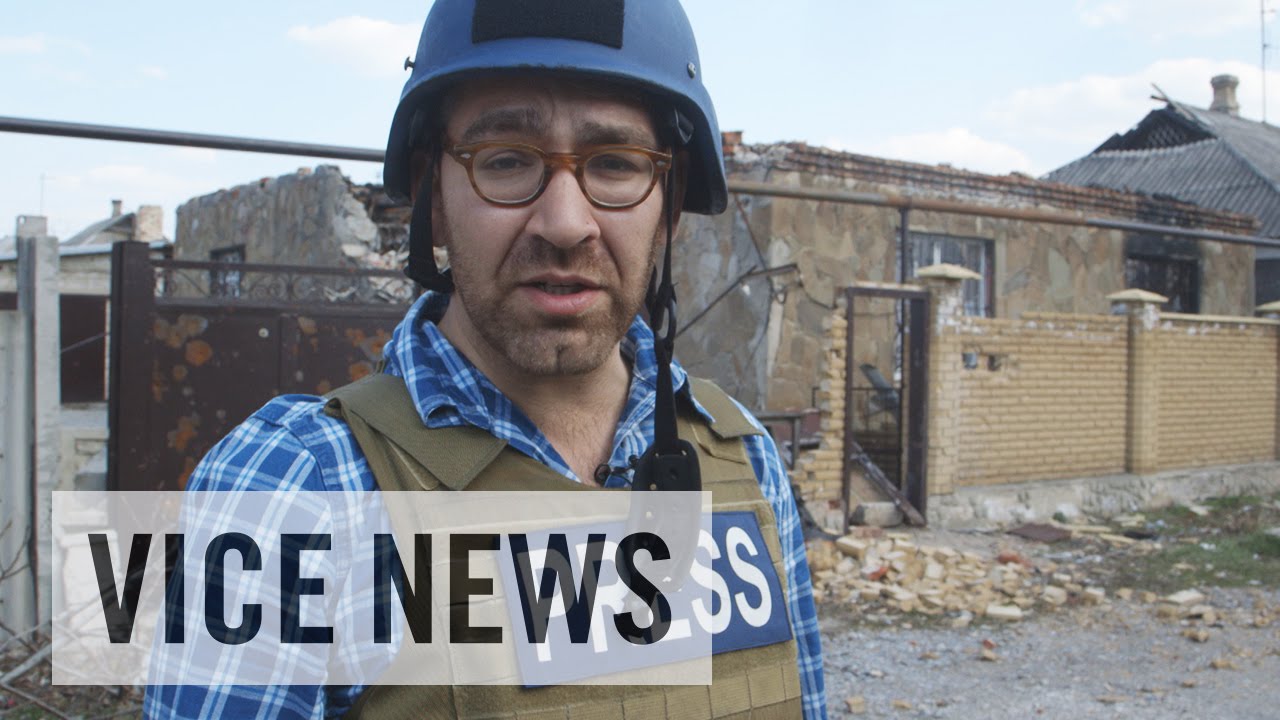 Simon Ostrovsky: Enemy of the State

A second example being Russian (but not “pro-Russian”) journalist Evgeny Feldman from the pro-Ukrainian paper Novaya Gazeta.  Feldman has always supported the Ukrainian side in this conflict; in fact, he was the guy who attempted to debunk the anti-Ukrainian  “Crucified Child” story, as I posted back when, in my series here, here, and here.

In human history, it seems that the most successful peoples have been the ones who were clever enough to distinguish between friend and foe.  Ukrainians as a nation do not seem to possess this basic survival instinct.  What kind of moron would put his own friends on a hitlist?

Best guess is that the Ukrainian Maidanites felt a sense of betrayal that Western journalists would travel to Separatist areas and trust the hated enemy with their private data.  Retribution consisted of removing their sense of safety.  This piece, written by Maidanite Alya Shandra, give some clues to the psychological underpinnings of the Ukrainian sense of betrayal, or zrada, as they call it, at the hands of their “false friends”:

(…) Muzaffar Suleymanov, a representative of the Committee to Protect Journalists, in an interview to Voice of America [stated] that many might be operating under pseudonyms for the sake of security, and that publishing this list puts their life under danger because they have started to receive threats via phone and email. Other journalists have expressed fears that they will have trouble with getting accreditation to cover events in Ukraine.

Among Ukrainian audiences, this statement raised a question of why the journalists felt safe when providing their personal data to a terrorist organization [yalensis:  she means the Donetsk Peoples Republic] which is widely known for its torture, kidnappings, and human rights violations, but are uneasy when this data is made public among Ukrainians. One response to that might be that the publication of such a list invites Ukrainian adventure-seekers (presumably, nationalists) to use it to bother the journalists in an organized manner. 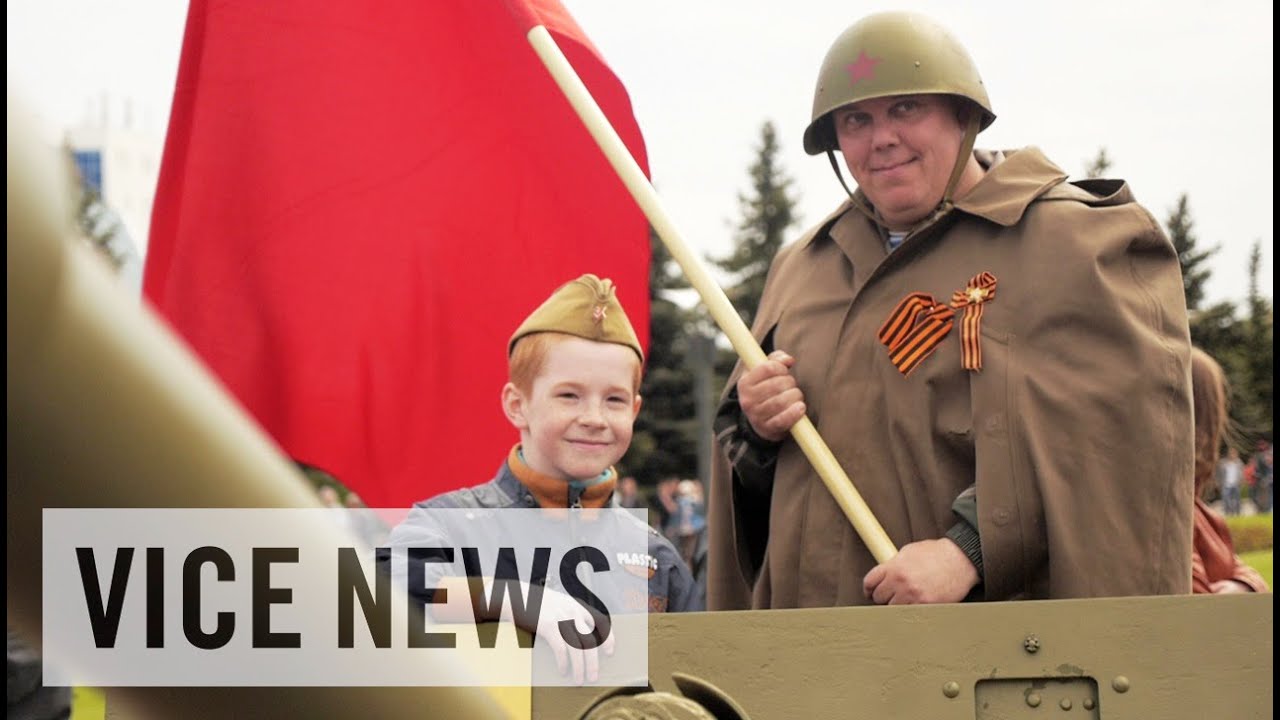 If you want to cover vatniki and “Colorados”, then you must be accredited by the Separatists.

Ostensibly, the main legal implications for journalists will be, in cases when they entered the separatist “republics” from Russia and thus violated Ukrainian law, a denial of accreditation in Ukraine. This is envisioned to apply to many Russian journalists working for propaganda outlets.

Nonetheless, despite whatever justifications as expressed above, Western journalists, rather than being understanding to Ukrainian emotional needs, still felt a sense of outrage when their names appeared on the same hitlist as those of wretched pro-Russian “vatniki”.  Journalists and international organizations raised a stink.  When you gore an ox, it better be the correct ox.  The Ukrainian government received a slap on its collective wrist, and, under Western pressure, declared that they had taken the histlist down.

But did they really?