Covid vs Tuberculosis: Did The Commies Do Something Right?

Today I have this piece by Natalia Anufrieva, who reports on a presentation by Russian Television Doctor Alexander Myasnikov.  Like certain other Russian medical expertss, Myasnikov speculates that Russia’s relatively low death rate (not infection rate, but death rate) from Covid-19, might be correlated with universal vaccination against a different disease, namely tuberculosis.  It is a fact that the Soviet Union, as well as the Soviet satellite nations, practiced universal TB vaccinations as a public health measure.  Which may also explain, according to Myasnikov, why the Germans have been touched so lightly by this plague:  Because half of Germany used to be in the Soviet sphere and also benefited from the vaccinations.

Tuberculosis, of course, has nothing to do with the coronavirus, it’s an infection caused by a bacteria, not a virus.  But, like Corona, it has a penchant to attack the lungs.  It used to be called “consumption” and took away the lives of many famous and talented people, as well as ordinary, but worthy, people, including one of my ancestors.  To this list one can also add noted Russian literary critic and secular radical Vissarion Belinsky, who died a prolonged and painful death, basically just coughing out his lungs. 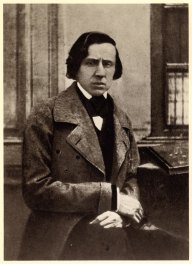 Chopin, composer of beautiful music, and died of consumption.

So, what’s the connection?  It’s a known fact that, in practical medicine, treatments and cures sometimes make no sense.  A medicine might be invented for one purpose, and then somebody discovers that it is useful for another, completely different, purpose; and not even understanding why.  Use of medicines for other purposes is called “off the shelf” in American English.  Sometimes even poisons can be beneficial, if used correctly.  For example, using the botulism bacteria toxin to prevent migraine headaches.

Another current example is the use of anti-malarial drugs to treat Covid infections.  This isn’t some crackpot snake-oil thing, either, it’s being tried in hospitals in several countries, and even in certain states in the U.S.  Doctors on the front lines don’t have time to wait for the gold-standard double-blind placebo controlled experiments — those can take years.  Plus, if a medicine has already been proved safe for use, then that step in the testing can be skipped.  As to whether or not it’s effective for this new purpose:  Well, there’s no time like the present to find out!

Before moving on to Myasnikov’s speculations, I have this other piece from a Bangladeshi paper, which makes the same claim.  I mean, about the TB vaccine.  To show that it’s not just the empty BS of a television celebrity, despite some of the mocking reader comments to the Anufrieva article.

First of all, this explains to me something that I never quite understood before.  When applying for any job in the American medical system, one must either be tested for TB exposure, which involves scratching some skin on your arm and then returning in a few days to see if the circle turned red; or present a certificate stating that one has been exposed to the TB bacillus.  Workers from certain Third-World countries like India and China, which supply many IT cadres to the American medical system, have all been “exposed” to TB, and can present certificates to that effect.  Their “exposure” consists of having been vaccinated.  And if Myasnikov’s theory is correct, such cadres are not only immune to TB, but might even have a Darwinian advantage in the Covid death match.

India provides many professional cadres for the American economy.

The TB vaccination in question is called the Bacillus Calmette-Guerin (BCG) vaccine.  Nations which implemented universal BCG vaccination include Japan, South Korea, and China (but not always enforced that well in the latter).  Also Iran (since 1984).  And also, as we shall see from Myasnikov’s report, the Soviet Union and the Communist bloc countries.  “BCG vaccination has been shown to produce broad protection against viral infections and sepsis11, raising the possibility that the protective effect of BCG might be not directly related to actions on COVID-19 but on associated co-occurring infections or sepsis.”

Parents: Make sure your children get all their vaccinations!

Reiterating that all of this is just preliminary research and nothing proved yet in a rock-solid scientific study; and then moving along to Myasnikov’s presentation:  Doctor Myasnikov first states that the Coronavirus has, in essence, spared Russia.  This might come as news to Russians, especially Moscovites, chafing under quarantine restrictions, but hear him out:

“Everybody talks about the German miracle, but they don’t mention the Russian miracle.  But ours is even better:  In Germany we have seen something like 2,800 deaths for a population of 82 million; whereas Russia has seen fewer than 100 deaths for a population of 145 million.”  [the VZGLIAD editors note that number is now up to 106 as of April 11]

And that, according to Myasnikov, in a situation where “we are testing people, in absolute numbers, the same as Germany.”

He muses:  “Is it possible that this is correlated with the BCG vaccinations?  In the former East Germany, these vaccinations were mandatory.  I don’t know if there is a correlation or not.  At this point we don’t know anything.  We still have a lot to learn about this infection, and the main thing is, how persistent will be the immunity against this infection?” 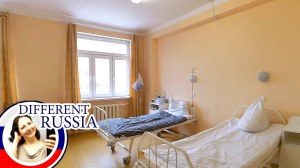 Myasnikov goes on to discuss another paradox:  that the overburdened and antiquated Russian health system, which was always focused on Inpatient hospitalizations and not very nimble in the Ambulatory world, might actually be better suited to such an extreme situation as the current pandemic:  “We have more hospital beds per capita than in the West.  And the world learned, to its surprise, that we have more Artificial Ventilation systems and more personal protective gear, than they do.”  Which explains why the health system in the United States and certain European countries have simply collapsed under the weight of this crisis.

For years now, the Russian government has been working to reform and modernize the clunky Russian health system.  A couple of years ago I “covered” that story in pieces like this, which highlight the construction of new medical “clusters” focusing on high-tech Ambulatory services and procedures.  But, as this Covid epidemic has shown, every nation still needs to keep a functioning Inpatient system in place, so don’t get rid of all those extra beds just yet!  Medical systems should strive to be agile and nimble:  During good times, focus on the Ambulatory Services and preventative medicine; but always be prepared for a pandemic crisis.  It’s all about intelligent Risk Management, dudes!

Doctor Myasnikov concludes that people should keep cool heads in this crisis, and not panic.  “Panic kills more people than the infection itself,” he opines.

Like Loading...
This entry was posted in Medicine and Health and tagged Alexander Myasnikov, Bacillus Calmette-Guerin (BCG) vaccine. Bookmark the permalink.

4 Responses to Covid vs Tuberculosis: Did The Commies Do Something Right?