Semiramide Reigns At the Met – Part I

This past weekend I saw (via the Live in HD series at IMAX cinemas) a marvelous production of Gioachino Rossini’s stupendous tragic opera Semiramide. And I even learned how to pronounce this Babylonian Queen’s name in English — with 5 syllables, stress on the third syllable:  Semi-RAM-a-day! The libretto by Gaetano Rossi is based on Voltaire’s tragic play Sémiramis, about the legendary (perhaps half-fictional) Queen of ancient Babylon.  One recalls that when Voltaire was busy sucking up to Russian Empress Catherine the Great, he referred to this “Enlightened Despot” as the “Semiramis of the North”.  Well, if Catherine had a chance to see Rossini’s opera, she might not be so flattered by that. 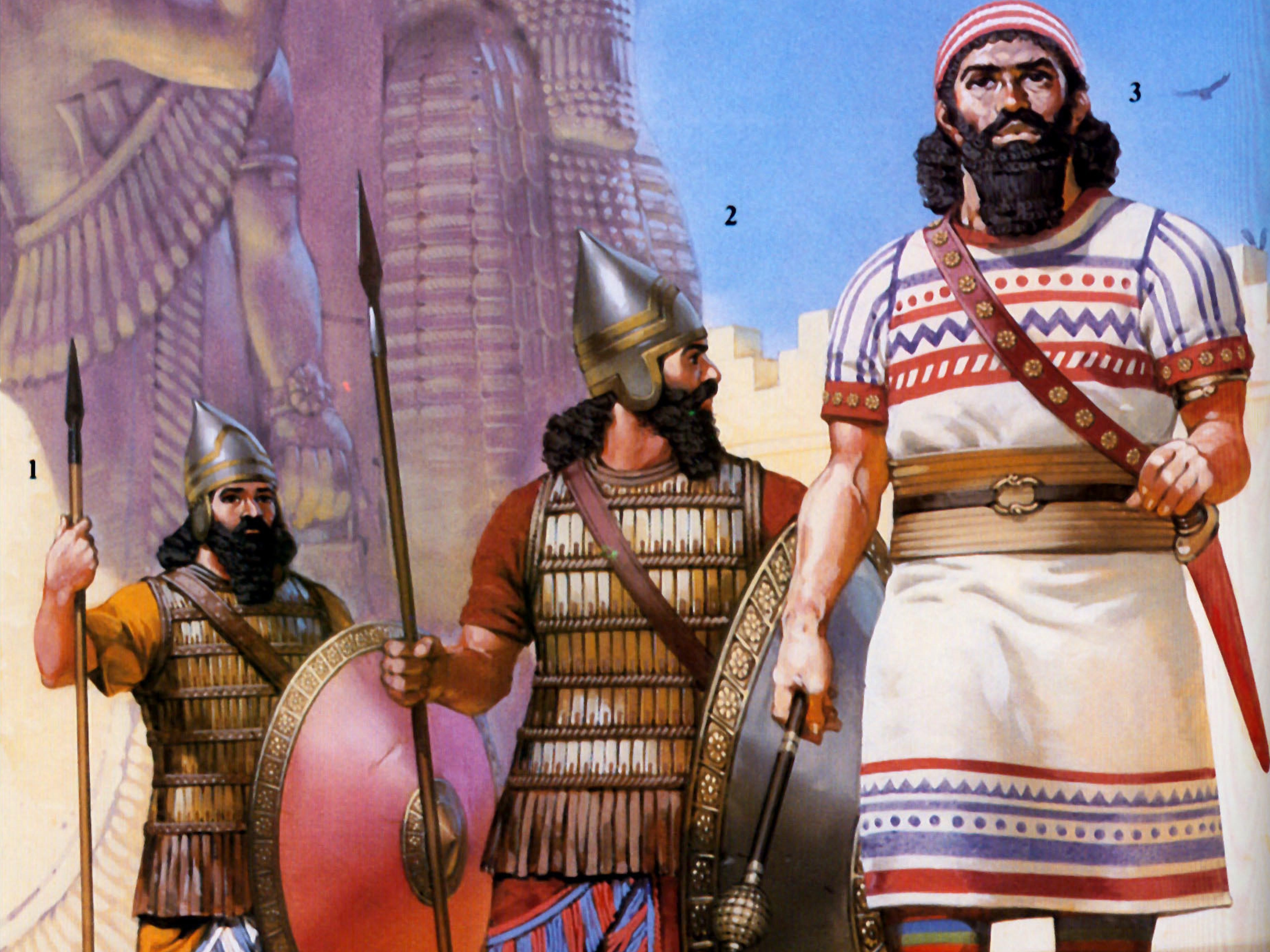 This is the first time in my life I have gotten to see a full production of this particular opera, and I loved everything about it — what a treat! —  The cast, the singing (of course), the staging, the scenery, the trap-doors, and the costumes!  Baal Be Praised, the costumes alone were worth the price of admission.  For some reason (just being flip), the costume designers went with the standard “Ancient Assyrian” theme of geometrical designs in their tunics and robes.  For the chorus and supernumeraries, everybody was topped with what looked to be pretty expensive headgear:  Helmets for the men (the soldiers), and for the ladies (portraying the Queen’s couriers) that type of tiara/crown, I don’t really know what to call it, the picture below shows it on a relief, it looks like a cluster of little skyscrapers perched on top of one’s head.  Everybody wore expensive-looking robes and/or tunics.  Mostly long tunics, but a couple of the male supernumeraries were dressed in those short “Spartacus”-like tunics, giving them the chance to show off their skinny legs and bony knees.  “Joey, do you like to watch movies about gladiators?”  “I sure do, Captain Oveur!”  “Good, then you’ll love Semiramide!  O wait, it’s not about gladiators, it’s about boring family issues and the successor to the throne….”

As I mentioned above, this was my first complete Semiramide experience.  Prior to that, I had only seen excerpts, individual arias and duets, etc.  Of course, I was very familiar with the Overture, it happens to be one of my favorite pieces.  In opera, the ideal Overture tells the entire story in miniature.  Running at roughly 15 minutes long, Rossini’s Semiramide Overture is so great that it is frequently performed as a standalone at symphony orchestra concerts.  Aside from that sadly haunting French-horn melody (starting around 40 seconds in), a Leitmotif that worms its way into one’s very soul, the piece as a whole is upbeat, bouncy, “High-yo Silver” type music that conjures up images of galloping horses. (Rossini was good at horsey music, recall that he also wrote the opera William Tell, whose Overture was used in the American TV series The Lone Ranger!)  Despite which, Semiramide is not really about horses, nor even chariots, it is a domestic soap opera involving family affairs and court intrigues.  The Aeschylus-like themes of murder and divine revenge are sometimes completely at odds with the toe-tappable tunes — and this inappropriate conjunction of the music and the story is one of the things I appreciate most about this opera.  When the characters are up there on the stage belting out (with exquisite trills and ornaments) such lines as “This dark murder must be avenged by the Gods” whilst the orchestra is sawing away at a jamboree — Only a blithering genius like Rossini could get away with that!

I found this youtube video of the Overture, those of you who are not familiar with it, listen for yourselves and envisage happy Scythians galloping over the steppes of Central Asia as they bring valuable tribute to their distant Assyrian Queen:

The Live in HD host of this event, baritone Christopher Maltman, explained why this masterpiece is so rarely performed:  It is simply too difficult to sing.  This is a Bel canto work of art, one needs not an ordinary tenor but a coloratura tenor.  And similarly a coloratura soprano, mezzo, and not one, but two coloratura bass-baritones.  There are such singers out there in the world, but their schedules are complicated, they are much in demand, and it is a real logistics issue to get them all together in one place for the same season.

In tomorrow’s episode we will learn who these marvelous singers are, and who put together this merry little crew of Mesopotamian madness!